skip to main | skip to sidebar

INTRODUCTION TO MY VINTAGE CLOTHING COLLECTION 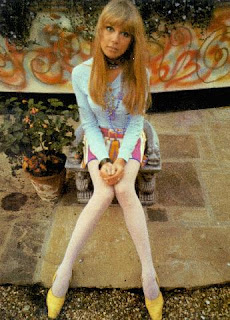 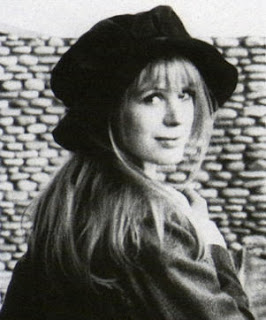 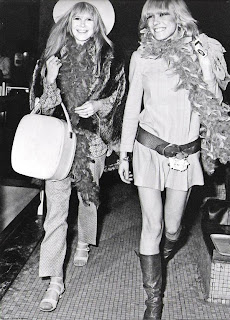 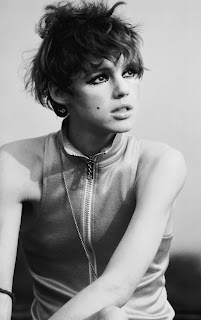 What an exciting time to be a kid, the 1960’s! Being born in 1959 and having a brother 10 years my senior. I heard all the great music coming out at the time, The British Invasion! I loved what I was hearing as I bounced in an over stuffed chair in the family wreck room as it was called. On my brother’s portable record player blasted rock & roll. To have the funds to buy a 33 1/3 vinyl LP well that was a big deal. My brother collected many 45’s and all his friends would come from the neighbourhood to hear the new title out that week.

Like a lot of teens at the time my brother started learning drums, then quickly went to guitar. Then formed a band. Our home became the neighbourhood stop and all the guys rehearsed at our house. I found this all exciting. From their conversations, the odd music mag, not much out at that time, also from TV and news magazines. I learned about bands, fashion and a glimpse at world affairs. What a young child could take in. I was like a sponge, I loved the sound, the energy that surrounded the times in my little world. I loved the way people were dressing and wearing their makeup from the hippies to the Mods. And the reaction from the establishment was shocking. It all looked so inviting. Everyone looked happy and came together. No fears or worries. They were creative and artistic expression was flowing. In the adult world it was authority, war, police, structure, quite frightening actually. I wanted to be apart of the love, peace and flowers crowd. But I was 10 years too late so I thought in my mind.

During all this I latched onto Anita Pallenberg, Marianne Faithful, Patti Boyd & Edie Sedgwick. They became my Muses I admired the way they dressed. Marianne & Anita mixing vintage with modern. I thought they were stunning. I looked to the musicans and singers as well, Jimi Hendrix, Janis Joplin, Jim Morrison, all the Mods from the UK. The bands were dressing with colour, design, tailored, fabrics. I learned of Granny Takes a Trip in London, England who were cutting edge and doing things no one had done before. Using different fabrics and mixing them with the norm. Curtain fabric, silks, velvets, lace, leather. Biba was another in the news and of course the bands, models, and famous were dressing this way. On the West coast in San Francisco I had the hippie, flower children and their attire along with LA. Flowing shawls, long dresses, Indian leather work, East Indian scarves, skirts and tops.

The 1960’s heavily influence my style and I love the freedom I adopted and have carried throughout my years of expressing how I feel through dress and makeup. A free Spirit, to be unique, an individual.

Posted by Morgana at 7:30 PM No comments: